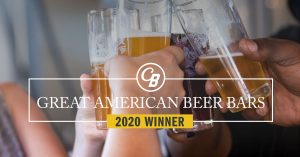 An impressive craft beer menu, a stellar atmosphere, and servers who know their stuff are all the makings of a great beer bar. With more than 8,000 small and independent breweries in the United States, great beer bars play an important role in the growth of local breweries.
Each year, we ask CraftBeer.com readers to tell us about their favorite local beer bars. Our editors tally the nominations on a state-by-state basis–as well as Washington, DC and Puerto Rico–to create the annual Great American Beer Bars list. We hope beer lovers use our list as a guide to explore new bars that support craft breweries.

The Single Greatest Burger in Every State 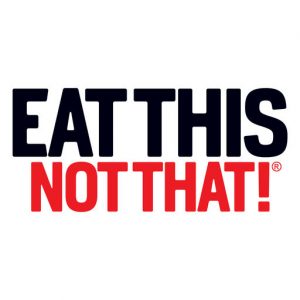 Written by: April Benshosan of EatThis.com on August 6th, 2019

Our friends at Yelp helped us find which burger joint reigns supreme in your home state. Sure, you can pull through the McDonald’s drive-thru when you’re craving a beef patty on a bun. But there’s something special about eating a gourmet burger—one that has fancy condiments, a special bun, or a slice of artisanal cheese. For those occasions, you’ll want to head to a local restaurant. And lucky for you, we have plenty of recommendations. We’ve partnered with Yelp to bring you the best burger in every state.
To come up with this list, Yelp went through the “burgers” category and found the best burger restaurant in each state. In this case, “best” is defined by both Yelp’s star ratings and by how many reviews each restaurant has. Using Yelp’s list of best burger restaurants, we looked through the reviews to find the individual burgers that stood out at each establishment.

When you think of a food that’s all-American, nothing comes to mind before the burger. The simple sandwich of ground beef on a bun allows for considerable creativity from the chef or home cook who’s making it, and there are thousands of variations out there, each more delicious than the last. To celebrate this all-American dish, we’ve tracked down the absolute best restaurant for burgers in every state as well as Washington, D.C.

On our hunt for the best burger in every state, we took into account the fact that there are three main burger styles out there these days: the inch-or-so-thick patties that drip juice down your arm; the “smash burgers,” sometimes called fast food-style burgers, thin patties cooked on a griddle that get an ample crust; and the high-end burgers, usually served in steakhouses and made with scraps of aged beef and other premium cuts, that elevate the burger to fine dining status. All of these styles are represented in our list.

In order to assemble our list, we started by taking a look at our annual ranking of the 101 Best Burgers in America, which is compiled by creating a survey with hundreds of burgers on it and asking a panel of noted writers, journalists, bloggers and culinary authorities from across the country to place their votes. For the remaining states, we extensively researched beloved burger joints in big cities and small towns alike and dug through online reviews and combed existing best-of lists, both in print and online. Even though each of the burgers we found was unique, certain qualities were universal must-haves: high-quality beef (you’ll find no non-beef burgers in our ranking), proper seasoning, well-proportioned components and an overall attention to detail.

JL Beers is a beloved local chain, with seven locations in North Dakota along with three in Minnesota and two in South Dakota. And with 40 beers on tap, a fun and welcoming vibe, and some truly great burgers, it’s not surprising to see why it’s so popular. More than a dozen burgers are available, made with never-frozen beef; The Original Hamburger Stand Burger, topped with only pickles and special sauce, is definitely enough to satisfy a craving, but you might as well go all-in and try the JL Burger (topped with grilled onions, cheese, special sauce and two patties); the Rajun Cajun (pepper jack, Cajun lime sauce, grilled onions and Cajun seasoning); or the Not Just a Nutter Burger (fresh peanut butter, red pepper jelly, diced jalapeños, raw onions and lettuce).

It is no secret that America is home to perhaps the largest variety of beers in the world. More than 7,000 small and independent craft brewers call the United States home, and they have great beer bars to thank for helping educate beer lovers about what makes their beers so special.

CraftBeer.com’s Great American Beer Bars 2019 highlights dozens of the unique, passionate and community-focused beer bars that work in partnership with brewers to serve the nation. Each of these beer retailers brings a unique approach to our favorite beverage. CraftBeer.com is proud to present you this year’s list of beer bars to seek out on your beer travels. Congratulations to this year’s winners of CraftBeer.com’s Great American Beer Bars 2019.

MSN.com – The Absolute Best Burger in Every State

While JL Beers won the title of best burger joint in ND, the shack serves up a mean brew, too. The impressive beer selection ranges from robust Belgians to a hot beer cheese dip accompanied by crunchy chips. We’ll take another round of both, please.

The Absolute Best Burgers in Every Midwestern State

Is there a region of the United States more in love with the burger than the Midwest? The endless, snowy winters mixed with summers that demand plenty of “make hay while the sun shines” indulgence combine to create the perfect year-round atmosphere for burgers to dominate the scene.
The Midwest is where burgers met their crazy, overblown, and delectable potential as a medium for getting calories into the body at the highest rates possible. As a result, the region is home to some of the cheesiest, heart-stoppingest, gargantuann riffs on the genre ever created. So let’s dive headfirst into a whole pile of great burgers where the blasphemous words “too much” are never uttered.
These are our picks for the best burgers in the Midwest.

Okay, we know JL Beers is a chain with spots in Minnesota and South Dakota too. But, goddamn if their burgers aren’t the best around in their home state of North Dakota. Pillory us for choosing a chain all you want but we dare you not to love the burgers at JL Beers.
JL prides itself that “all of our ingredients come from someone’s backyard.” That care and localvore attitude translates to a great burger. The meat is freshly ground. The buns are a house recipe. The bacon comes from around the corner.
The Humpty Dumpty burger is their award winner — with an excellently cooked runny egg on the classic cheeseburger. The real star, for us anyway, is the Not Just A Nutter Burger with a healthy smear of peanut butter accompanied by local red pepper jelly, diced jalapenos, pepper jack cheese, and locally smoked bacon. It’s a spicy, umami, cheesy, crunchy mess of a burger that hits you deep in the far-reaches of your burger-loving soul.

The Best Bar in Every State

Written by: Talia Avakian of Business Insider on March 4th, 2016

America is home to some incredible drinking spots. We teamed up with Foursquare, the city-guide app for discovering new places, to put together a list of the top-rated bars in each state and Washington, DC, based on user ratings on the app. The list ranges from upscale cocktail bars to wine joints to craft beer bars.

NORTH DAKOTA: JL Beers
JL Beers is famous for its outstanding beer and burger selection. It has imported bottles from around the globe, mixed brew selections, and “beertails” like the Oatmeal Cookie — an oatmeal stout mixed with a splash of Lindemans Framboise (Raspberry) Lambic.

We conducted painstaking journalistic research to figure out the very best burger in every state, from mom-and-pop joints to celebrity-chef restaurants and everything in between.

NORTH DAKOTA: JL BEERS
For less than five bucks, you can get JL Beers’ delicious Humpty Dumpty, which comes with cheese and a fried egg on a soft bun. This regional chain, which originated in North Dakota, recently won best burger by High Plains Reader and other publications.